Originally published as a blogpost at BODHI US 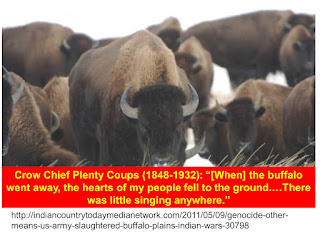 This is an adaptation of my abstract for the keynote talk I have been asked to prepare for Monday February 15, at the 2016 ASEAN Conference on Biodiversity, to be held in Bangkok.
Those with high biophilia (love of life in all its richness) seek arguments that biodiversity is good for health and well-being. It is, but it’s not straightforward.
Biodiversity, defined as variability among living organisms (terrestrial, marine, other aquatic) and the ecological complexes of which they are part is somewhat analogous to software in a very powerful computer. Bio-diversity includes variation within species, between species and between ecosystems. Biodiversity has tremendous redundancy (overlap) and evolutionary capacity. Over time, it can regenerate, self-organise, and heal. However, biodiversity is not indestructible. It can be harmed. Thresholds exist beyond which some computer programmes will completely fail. Ecosystem services can be reduced by critical gaps in biodiversity.
Homo sapiens, has, until now, prospered greatly on its home planet. In large part this is because human ingenuity has enabled the capturing, harnessing, and in some areas the exhaustion or substantial reduction of stocks of natural capital. While this applies most obviously to inert material such as fossil fuel and phosphate (respectively fuelling our economy and fertilising out farms), we have eliminated most megafauna, from giant lemurs in Madagascar to flightless ducks in Hawaii. Our ancestors used resources from the now extinct woolly mammoth to colonise the Arctic. Destruction of the moa allowed rapid colonisation of Aotearoa (New Zealand). In some cases (such as of lions in ancient Greece) extinction of megafauna probably made living easier and safer for humans. In others, such as in Aotearoa, it led to a crisis of protein scarcity, helping to drive cannibalism.

As for health, there are some examples (e.g. Lyme disease, malaria, Ebola and most recently Zika) where changes in biodiversity and ecosystem function have modified infectious disease risk, but relationships are bi-directional and disease and context specific. More straightforward, utilitarian arguments exist seeking to preserve species as reservoirs of as yet undiscovered compounds with pharmaceutical and other human benefits. Others advance ethical reasons, especially to conserve charismatic animal and plant species.

Unfortunately, none of these arguments, even combined, are sufficient to slow the juggernaut of biodiversity-eroding economic “growth”. Those with high biophilia have to think even more broadly, co-operating even more intensively with others who strive for global social and ecological justice, a strengthened eco-noösphere and a reduced human footprint on Earth.

This was a talk to a fairly influential audience, about 800 people. In Thailand, where the meeting was held, criticising the royal family means prison. I very cautiously raised three major issues: 1.  Human population increase; 2. Corruption (eg resulting in clearing of forests for palm oil, with trampling of the rights not only of local species such as orangutans but also of some Indigenous groups); 3. there needs to be a campaign to attempt to embarrass (stigmatise - though I did not say this) the consumers of products whose production is based on cruelty and biodiversity harm; similar to the antif-fur campaign; eg my slide on rhino horns: what I really wanted to suggest was that men using rhino horns as an aphrodisiac might be better off chewing their fingernails .. instead I meekly called for "more evidence" of benefit.
Posted by Global Change Musings at 11:25 PM