﻿﻿﻿﻿﻿﻿﻿In late 2017 I listened to an interview of recent U.S. President Barack Obama, by Britain's Prince Harry. Most of it was quite reasonable, but when Obama claimed that we live in the best time ever I could not agree.

As I write, the world is experiencing 5 famines, one of which (Yemen) is shaping as the worst in decades. (The other famines are in South Sudan, NE Nigeria, Somalia, and two regions of the Democratic Republic of the Congo.) Inequality continues to worsen, as do global warming forecasts and climate change reality.


2017 closed with UNICEF reporting how children have been increasingly been used as weapons of war. UNICEF also said parties to conflicts were blatantly disregarding international humanitarian law and children were routinely coming under attack and that rape, forced marriage, abduction and enslavement had become standard tactics in conflicts across Iraq, Syria and Yemen, as well as in Nigeria, South Sudan and Myanmar.

This year also saw the ethnic cleansing of hundreds of thousands of Rohingya from Myanmar, more flouting of the refugee convention by Australia and countless atrocities in many countries in the Middle East and Africa. We have become so conditioned to horror that phenomena such as children or the disabled being forced to act as suicide bombers or entire coral reefs sickening fail to shock us.

Surveillance in China has intensified (a reported 480,000 cameras in Beijing, in 2015) with face recognition technology, other forms of artificial intelligence, and a points system to detect resistance making existence  harrowing in Xinjiang. The self-immolations of Tibetans, which I have long argued are a waste of life (given the indifference and false stereotypes of Tibetans most Chinese hold) continue. Chinese state media has allegedly compared the Dalai Lama to Hitler (n.b. link is in Chinese, I cannot tell if it is valid.) According to a recently released report sourced to the British ambassador to China in 1989, the death toll in the Tiananmen square massacre may have exceeded 10,000 people (see red text). To this day, the mothers of the murdered students are blocked from visiting graves or holding memorials. 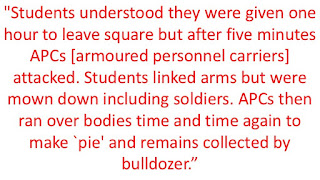 Professionally, 2017 has been challenging, as I continue to seek academic employment, after resigning from a part-time position as a professor at the University of Canberra in July 2016. In late 2017 I resigned from a pro bono writing role with the United Nations Environment Programme. However I continue with many other writing and academic commitments, also pro bono. I have been invited to a workshop for a book on limits to growth and health, in Canada, in April, 2018. To qualify for permission to enter Canada I need a police check, a legacy of my arrest for civil disobedience in 2014, over climate change. I have so far been waiting for a decision for over a month. In December 2017, probably the largest ever civil disobedience protest, in the world, by health professionals, against coal mining occurred, with five arrests. I published an article on this in Croakey.

There have been successes: three invited talks and 4 publications, two in edited books, three chapters in press (all related to limits to growth and health) and one under review for the BMJ, related to novel entities and the so-called nocebo effect. I have posted 29 essays in this blog, which has had over 15,000 views this year. I may be able to enrol for a (second) PhD in 2018, at the University of Sydney, related to "planetary health" and, perhaps, human rights.

As we head to 2018, my main frustration is this. Since 1991, including in most of the previous 50 issues of BODHI Times, I have warned of climate change, neoliberalism, root causes of terrorism and poverty traps, especially in Africa and Asia. A great deal that I (and a few others, including Maurice King and the late Tony McMichael) warned of is now occurring. For example, more than 3,000 would-be migrants drowned in 2017, trying to cross the Mediterranean, many of whom were from the Sahel. The arrival of more than 1.5 million desperate people in Europe, in 2017, has contributed to a right-wing backlash, with a neo-Nazi party now sharing power in Austria, and fears of a return to extremism in Germany, including in its military.

The Gaza Strip has been described by Gideon Levy, a dissident Israeli journalist, as the biggest cage in the world, part of a "never-ending mass experiment on human beings". Levy also describes how the December killing, by Israeli military personnel, of a legless man in a wheelchair "passed almost without mention in Israel. He was one of three demonstrators killed Friday, just another humdrum day." 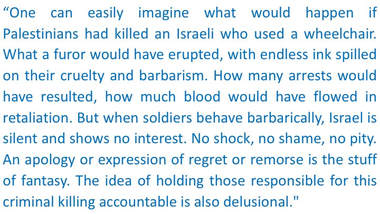 BODHI was started by Susan (see photos of her memorial, below) and I in 1989, almost 28 years ago. If we are lucky, there will still be a semblance of civilisation in 2046, in another 28 years. It is likely to be a world of increased inequality, more famines, more surveillance and less freedom. Artificial intelligence and robots will not lead to utopia, but mass social unrest may be reduced by a universal income, at least in more enlightened locations. Weapons systems may be controlled by algorithms; we will be very lucky to avoid nuclear war.

In 1989 this trajectory was broadly foreseeable (see my paper in the 1991 Med J Australia, as an example), but there then seemed time to change it. However, the voices of those trying to head this off have been very faint, and are growing fainter. Neither the dominant media nor dominant academia seems to care; perhaps it is too overwhelming.

Despite all this, it is better to light a candle than curse the darkness. BODHI's partners in India and Bangladesh are lighting such candles. Thank you for reading this far and thank you for your support for BODHI's work. 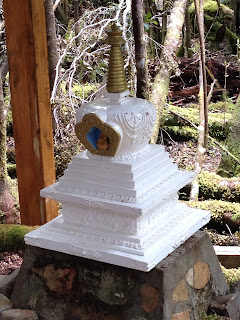 Posted by Global Change Musings at 5:56 AM No comments: